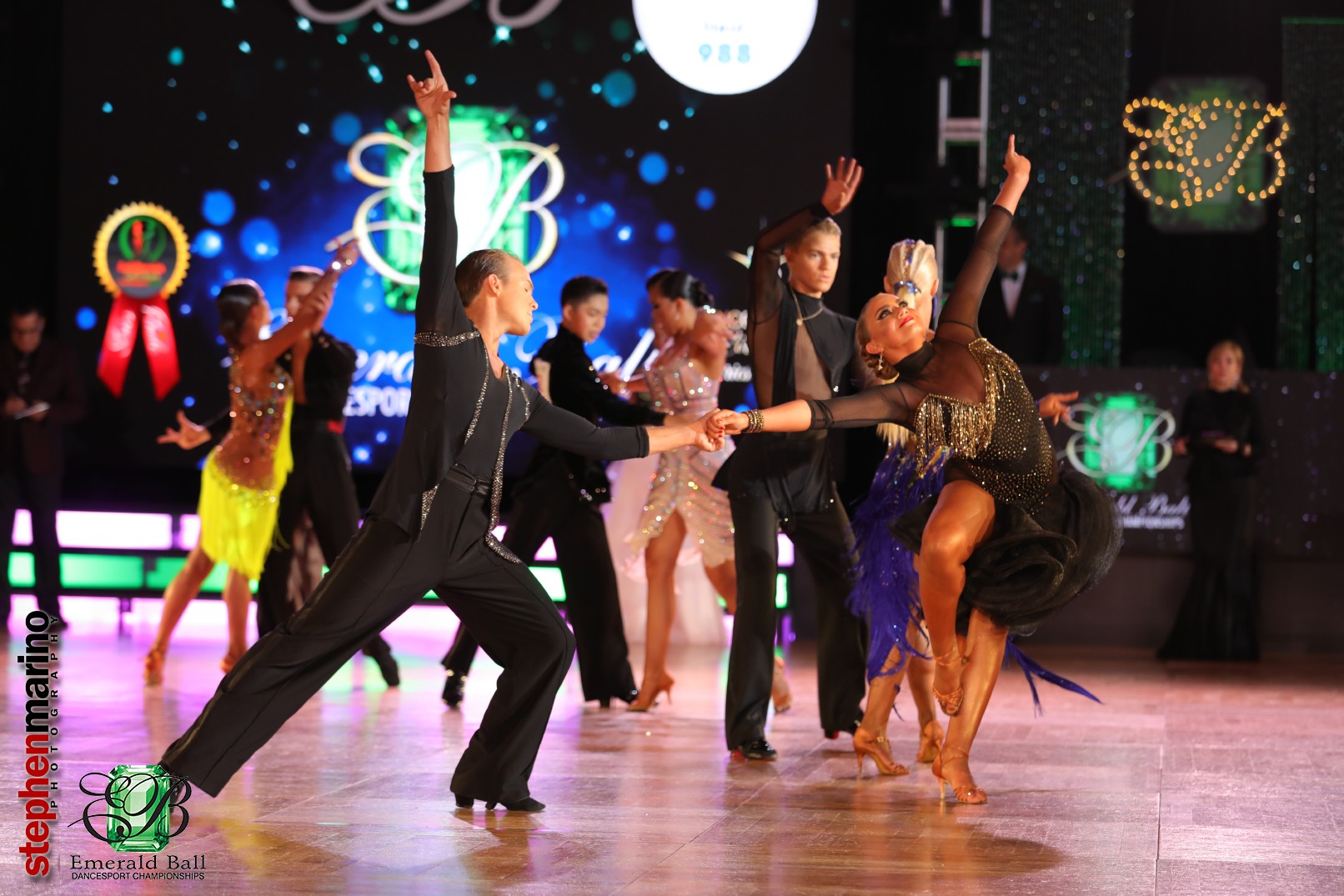 We will select 5 competitions as qualifiers for this Youth Latin Tour that will start at Ohio Star
Ball and end with a sixth qualifier and the finale at the DBDC. The 5 earlier competitions will be
asked to donate $500.00 towards the tour that will be used entirely for travel expenses for the
qualifying couples. The amount is tax deductible.

Each competition will run an Under 21 Latin event. The couple that wins this event will be taken
to DBDC where they will compete in the tour finale. If the winners are already qualified, or do
not wish to participate in the finale, the next couple will be selected.

The Finale at the DBDC
Besides running the final qualifier event in the afternoon to select the final couple to compete
in the finale, in the evening the six couples will have to dance a full final group event with all
five dances. The couples will be awarded points for each dance based on where they place in
the final.

Points earned per dance in the group competition will be:

Later in the evening the six couples will also be asked to perform a “showdance.”
In the “Showdance” portion of the competition, each couple will perform a solo routine of 1:30
minutes or less, any couple that dances over this time will get a deduction of a point per second
after 1:30 minutes.  (eg. if you dance 2 minutes, 30 points will be deducted from your final
tally). There are no restrictions on material. Props can only be used if they are attached to the
dancer or costume. Nothing can be placed on the floor as “scenery” including chairs. No extra
people can assist in the routine during or at the beginning or end.  The six couples will dance
in order of their placements in the group event with the sixth place, couple dancing first. 9
judges will be selected at random to judge the solo routine.
The selected judges will award 4 different scores for each couple.

1. Theme &amp; Artistry 25 points.
Is the theme recognizable with clarity through body actions, acting, projection and
interpretation costuming and music or without music
2. Effortless completion of complex choreography. 25 points
Was the couple able to complete choreographic complexity with out being overtly physical.
3. Technical performance. 25 points
Entrances and exits, connections etc. Points should be deducted for any obvious errors –
missed lifts, missed connections, falls, etc.
4. Entertainment value. 25 points
Was the performance entertaining for you personally?
In order to keep the point system as balanced and as fair as is humanly possible in the
Showdance portion of the competition, the highest judge’s score and the lowest score for each
couple will be eliminated. Then the Showdance scores will be averaged and added to the group
competition points towards the result.
Audience-voting feature:
The audience will vote for their favorite couple following all the solo presentations and this vote
will also count toward the amount of points the couples receive. The audience vote is tabulated
in percentage up to 100% meaning each couple will receive a percentage score and this will be
converted to points.  If a couple receives 30% of the vote they will automatically receive half
this total as points, 15 extra points towards their final tally in the solo competition. People can
vote by phone or via the internet. Voting will end 5 minutes after the voting has been
activated. And all scores will be added and tabulated and a winner and placements will be
announced and rewarded.
In the event of a technical problem with the internet connection that effects the livestream
and/or polling system and is beyond the control of the Tours or DBDC, the audience vote will
not be used. The results will then be determined by the judges’ scores only, from both the
group competition and solo performances.
The couple with the most Total points win the Tour.