Check out the 30th Anniversary Coverage from DanceBeat

Check out the 30th Anniversary Coverage from DanceBeat

“Emerald Ball Hits 30! – This year marks the 30th anniversary for the Emerald Ball under the directorship of Wayne & Donna Eng, although the event was begun much earlier. Encouraged by the legendary John Morton, Ken Sloan began the Emerald Ball in Northern California. When he moved south to LA, the Emerald Ball moved with him and ran under the stewardship of Ken & Sheila Sloan for 26 years. Wayne & Donna were delighted with the turnout this year. They had 16,100 entries and perhaps more importantly, a grand total of 1,700 competitors…” 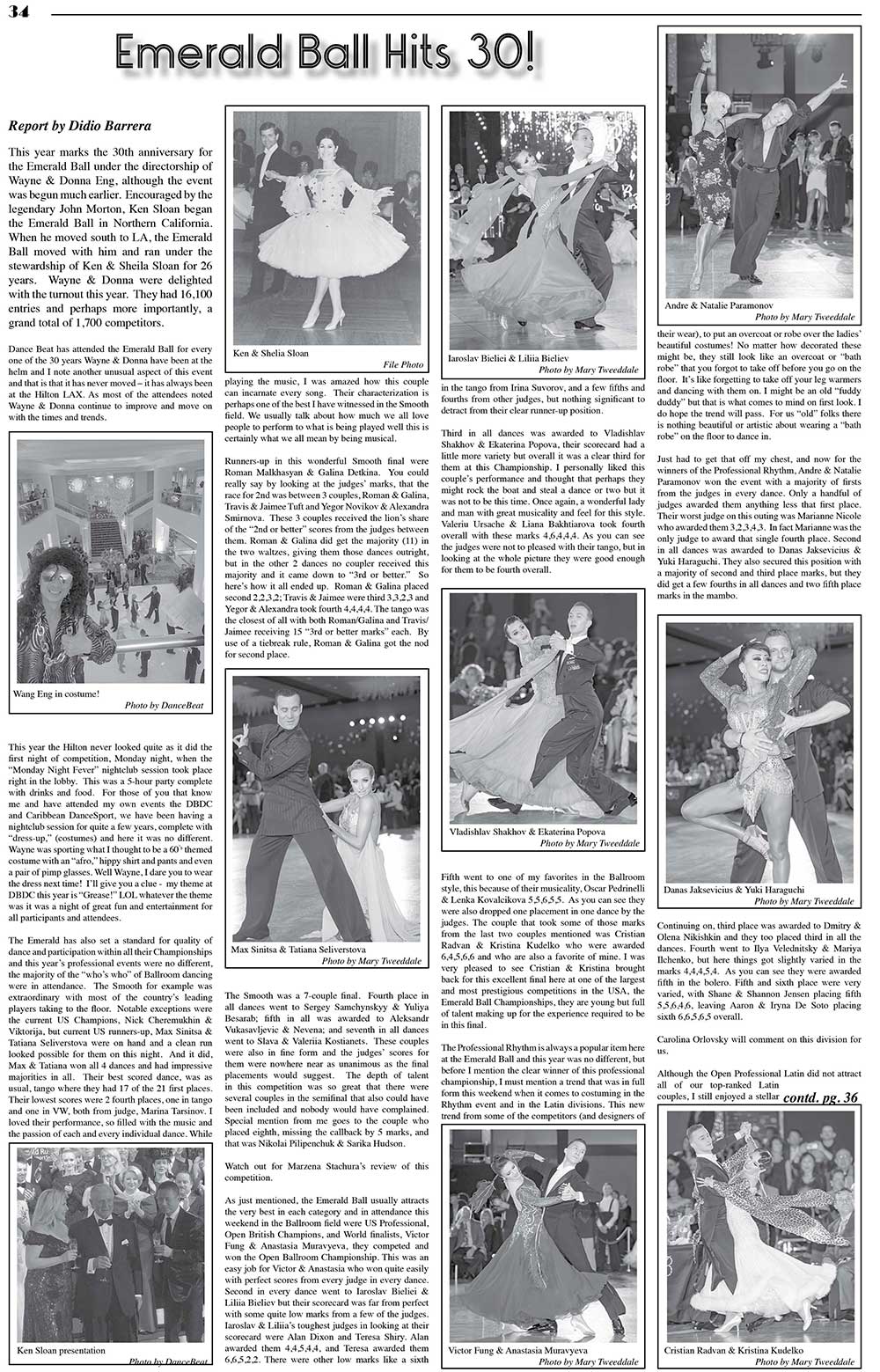